The HeadCount Participation Tour, organized in conjunction with Magic Hat, raised over $12,000 for City Harvest’s hurricane relief efforts. Big thanks to CEG Presents, NOLAFUNK and Blue Note Entertainment Group, who agreed to donate all net proceeds from the tour. The HeadCount Participation Tour has taken on a new dimension – as a benefit for Hurricane Sandy victims. Amy Helm, Keller Williams and Luther Dickinson are among the special guests for HeadCount’s Participation Tour, presented by Magic Hat (Nov. 2-4). Ivan Neville’s Dumpstaphunk and Anders Osborne are the headliners. HeadCount will host a VIP fundraiser at the July 13th Furthur show at MCU Park. Our guests will enjoy food, open bar, an incredible view of the show, and (for our most generous supporters) a chance to meet Bob Weir in person. ‘Last Call at the Oasis’ Soundtrack Not Watered Down

Dave Matthews, My Morning Jacket, Blind Pilot, Gomez and Primus team up for water on the soundtrack of a new documentary. This month’s edition of our HeadLiners streaming radio show features an interview with Jesse Miller of Lotus. Check out the highlights here. Volunteer of the Month: Mark Mueller

Check out Mark Mueller, our Volunteer of the Month from Flagstaff, Arizona! On the Road with Reverb and J.Cole 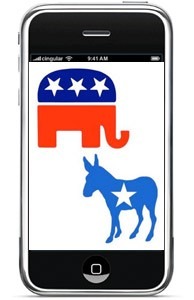 Thanks to some genius apps, voting and political life just got a little easier. Here are 5 apps to download that promise to make the election more fun.