We've partnered with D'Angelico and AJ Masthay to auction off the guitars at Participation Row.

The funds generated from this auction will be split between HeadCount, REVERB, and various Dead Family Charities 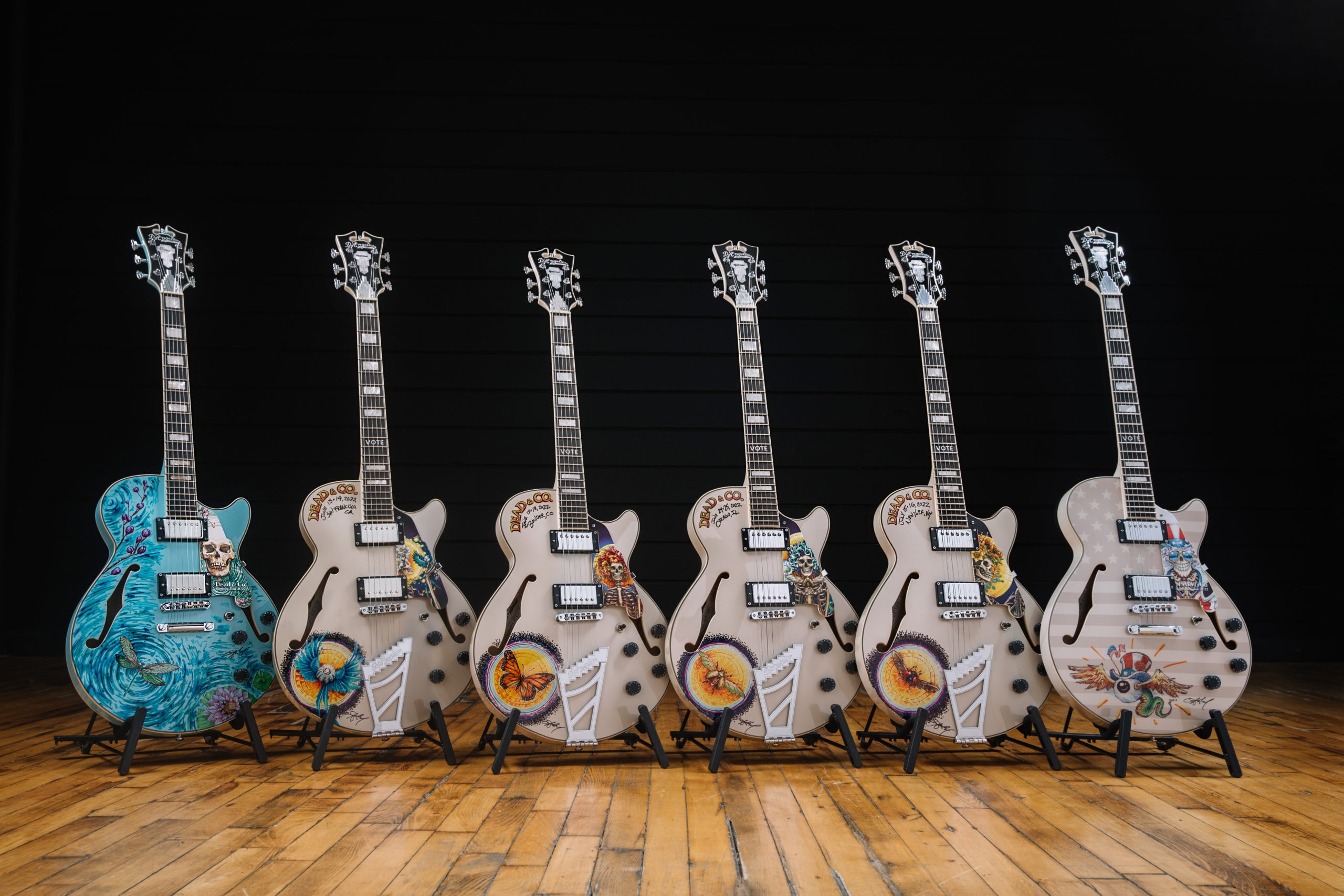 The art is featured on the pickguards, along with illustrations directly drawn on the guitars. One guitar, a D'Angelico Premier SS in Ocean Turquoise color will commemorate the entire tour and others commemorate specific two-night stops on the tour: San Francisco, Chicago, New York City and Boulder.

The city-specific guitars come from a run of limited-edition custom guitars made just for HeadCount, with "VOTE" on the fretboard, HeadCount's logo on the headstock, and an American Flag overlay. Masthay's art will also appear on REMO Drumheads, also up for auction.

A free, limited-edition, numbered Dead & Co. VOTE pins will also be given to anyone who takes action at Participation Row. Since 2015, the Participation Row auctions have raised 1.1 million dollars for HeadCount, REVERB, and over a dozen other "Dead Family" charities selected by the band. Bob Weir of Dead & Company is a board member of HeadCount and an artist endorser for D'Angelico Guitars. Fans who can't bid on a guitar can have the chance to win one for free by taking
actions with the non-profits on Participation Row.