On the strength of amazing and varied artwork, AJ Masthay has vaulted himself to the top of the rock poster game. His contribution to the #GoVote art series blew us all away. “The more we tend to our world and make it a point to help take care of one another, the better off we will all be.” – #GoVote Artist Gwen AP “I definitely believe in the power of voting… I think a lot of people have the right idea but don’t realize we have to take action to make things happen!” – Tripp Shealy “It sometimes seems like factions in this country would like to take us back to the dark ages, but younger voters are looking for true cultural progress.” – David Welker 50 years ago, Freedom Summer laid the groundwork for the Voting Rights Act. One year ago, the VRA was weakened. Now, a new act looks to restore its power. HeadCount Going On the Run with JAY Z and Beyoncé

HeadCount is going “On the Run” with Beyoncé and JAY Z this summer — registering tons of voters and showing off some new #GoVote artwork from tattoo artist Luke Wessman. On June 4, 2014, about 800 supporters, benefactors, volunteers, and lovers of great live music celebrated HeadCount’s tenth anniversary with a benefit at the Brooklyn Bowl. 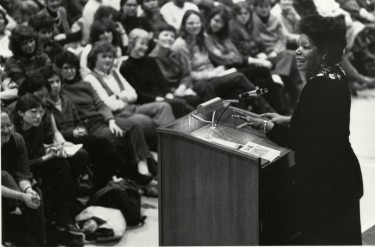 “So don’t sit on the sidelines. Don’t hesitate. Don’t have any regrets. Vote.” -Maya Angelou