#ReGeneration – Interview with STS9 and the Filmmakers 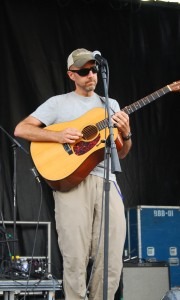 moe. guitarist Al Schnier is a special guest this month on HeadCount’s “HeadLiners” streaming radio show. Read the highlights or listen to the entire show. Would You Confuse “Chikin” with Kale?

Chick-fil-A is trying to block a Vermont t-shirt maker from trademarking “Eat more Kale,” claiming it could be confused with their slogan “Eat Mor Chikin”. Take Your Shoes Off. Now.

A shoe company is asking people to spend today barefoot, to raise awareness about all the kids in the world who are barefoot every day. What’s Next for Occupy?

Spring is in the air. Will Occupy reignite? HeadCount is proud to be producing “The Bridge Session,” a free live webcast of Bob Weir, a founding member of the Grateful Dead, with members of Brooklyn, NY-based The National on Saturday, March 24th. Lady Gaga Standing Up to Bullies

Lady Gaga may not have all the answers when it comes to stopping bullying, but she’s launched a new foundation in pursuit of solutions.